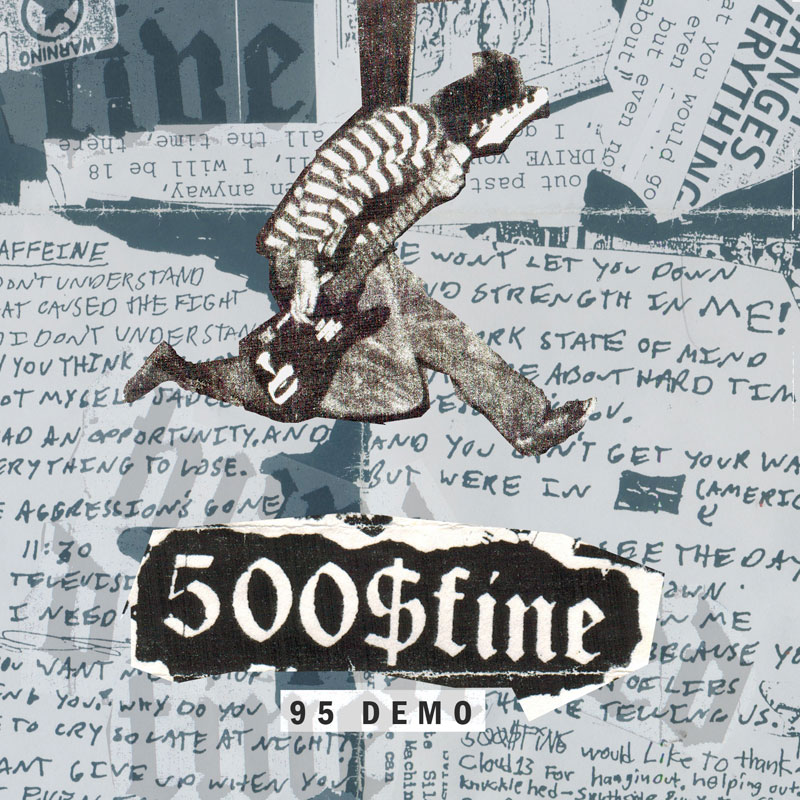 500$Fine’s cassette demo from 1995, minimally mastered from cassette, and here for free download.

The cassette was originally just titled 500$Fine, and was the debut release by the band after changing their name from ‘Golden Llamas’…

The name 500$fine was in reference to the City of Richmond’s heavily enforced curfew law, and a statement about the importance of kids place in music, which was being marginalized by the law.