Zoser was the lead singer for the band Indypendant, and a very old friend of the label. As an artist, he writes lyrics that explore both the conscious and political realms of the world, and is a generally inspiring and positive guy. We caught up with him to do a Q+A. 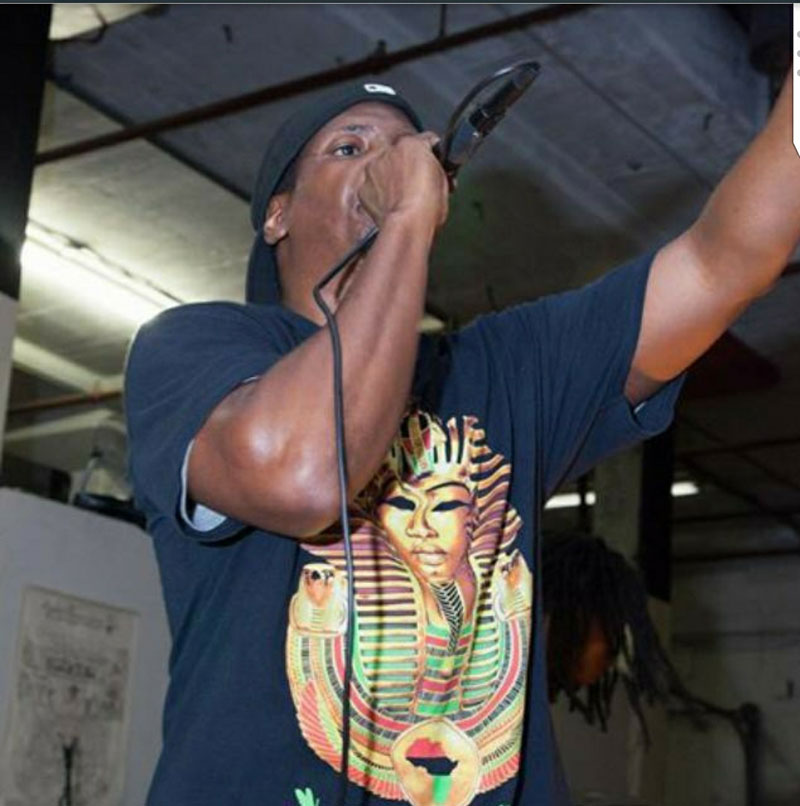 1. How did Indypendent start?
Indypendant Started like my first year after I graduated high school. I was in an very interesting part in my life in which I was embracing self-awareness and was processing everything that was presented to me in life growing up in Midlothian. So after taking inventory on my experiences, I needed an outlet to express myself.

I remember going to Battle of the Bands shows and I saw B.C.S (note: also an artist on OVOLR! – ed) performing and I think that was about the same time the Rage Against the Machine album came out, and I was like, ‘I want to do this!’. I wrote up a flyer looking for musicians at the old record store, Soundhole, and Chris Ferguson called me up. Eventually me and Chris connected with Dan and Ryan, and that was pretty much the beginning. My boys Scott Burnett and Mark Whitehead played drums with the band as well.

2. What drew you towards making music with political / conscious lyrics?
Again, me becoming more conscious about the world and really questioning things like religion, politics, race, and spirituality, made me want to study more, and form my own educated opinion.

So listening to Bob Marley, Chuck D, Bono, Steele Pulse and other bands that had meaning behind their message, influenced me heavily on my writing. I grew up listening to cats like KRS-One, Rakim, and all those hip-hop cats that were spitting conscious lyrics. So that was a major influence as well. I was taking life serious and that’s all I could really write about was self-elevation and mental liberation.

3. You seem to value the importance of personal actions: such as having a good diet, keeping a strong mind, keeping a strong body. What motivated you to take this path? Do you have advice for others that may want to do this?
I was always into sports, so to excel at it you had to be in good shape. That’s how I was introduced into fitness. It just came full-circle once I had arthritis in my hip and I did some research on how I could prevent it. That’s when I became a vegetarian and started taking herbs and other suppliments to help my body work at it’s peak level.

I also started taking Brazilian Jujitsu and Shotokan Karate, and that took my discipline to a whole new level.

I also studied a lot on a variety of different subjects, and traveled the world to broaden my mind.

My advise is to learn as much as you can. Keep an open mind. Take care of your body. Improve yourself daily. And treat other like you would like to be treated.

4. You have been living in Atlanta for a while now, how is Atlanta different from your hometown of Richmond?
Atlanta and Richmond are night and day. Richmond is the capital of the Confederacy, while Atlanta is a key location of the fight for civil rights. You have monuments of confederate soldiers all on one street in the RVA, and you have in Atlanta, a site completely dedicated to Martin Luther King, and the streets named after civil rights heroes.

Demographically it is completely opposite from growing up on the Southside (Note: Of Richmond -ed). I’ve noticed Richmond has changed as well, but Atlanta is a “Black Mecca”, literally. It has culture but also it has it’s own diversity so people can get in where they fit in, regardless of race, sexual orientation and other differences people might have. Because of the the diversity there is a certain unspoken understanding about living here. Like, once your in the city you play by the ATL rules and you’re good. Biggest overall difference between the two is diversity, I’d say. It’s a bigger place, so you get a wider variety of people and culture.

5. What other projects have you been working on lately?
My main two projects is my band “Nubatomic” We’re coming out with an album soon, and I wrote a book that should be out in October/November.

I’ll be performing quite a bit up and down the east coast and also will have a book tour once the book is released.

We’d like to thank Zoser for taking time to talk with us. And you can check out his lyrics and vocal work on Indypendant’s 1996 full-length, ‘Time Capsule‘.