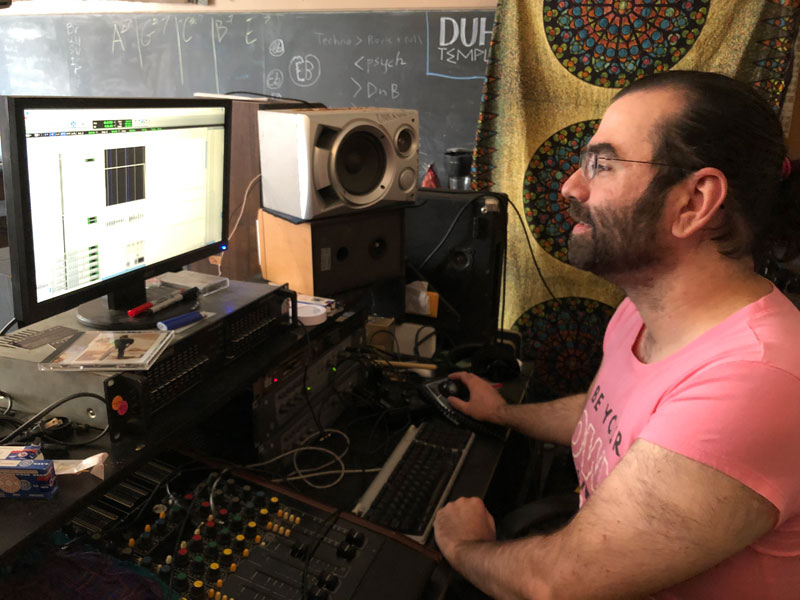 We recently caught up with Evan Elizabeth, a recording engineer (the studio is called ‘Duh Temple‘) and artist making music under the name of Mischievous Sneakers, to ask some questions about music, making art, and a few other things….

1. What is Mischievous Sneakers?
Mischievous Sneakers is what I work on when a real musician/songwriter doesn’t need my help recording their own work. Its definitely a medium in which I get a lot of frustration and hurt out. I also use it as a sketch pad for me to try out ideas, new techniques or signal chains without wasting anyone else’s time….as far as the name . . .I just thought it was a funny play on “sneek”. It’s like Duh Temple, I really wanted people who heard of it thru word of mouth to think it was Da Temple, and then when they saw it they would be like “ohhhhh Duh” 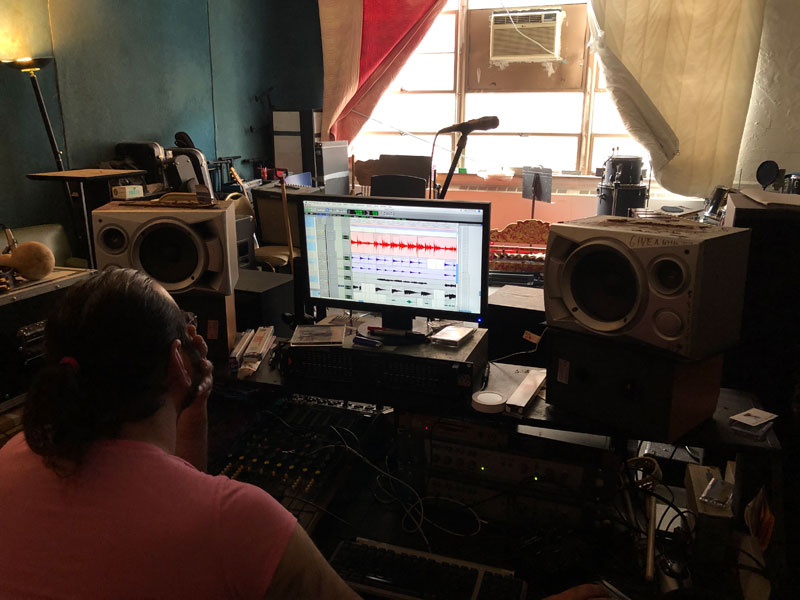 2. How did you make this recording?
I made this ep over a very very long time….I started working on stuff in about 08. I used a 001 and pro tools 5.0 with just the stock plugins…and whatever else was laying around. I used some samples from things I had recorded previously and an sr16 cuz I didn’t have a drum set er nothing. On stand up the main rhythm foundation was programmed on my phone with the rolling tones app…I used toy guitars and various other instruments nmy wife has held onto…..she has this really bad ass Yamaha electric piano from like 78…..its tremolo is fantastic.!…

I’ve probably had everything tracked for this 2 or 3 years ago…..I just finally after all these years got confident enuff in my skills to be happy with the mixes I was getting

3. What do you feel is the job of an artist?
As an artist I try to just walk around and put frames around the things I see beauty in, while trying to have as little impact on the subject as possible… So maybe I see my job as leading people to the beauty they may be overlooking and encouraging folks to seek out the things they find beauty in….I think also artists are practiced at observing both the big picture and minuscule details which can lead to a unique perspective. I feel this view point is valuable for observing cracks and problems in systems. I think that sometimes it is an artist job to put a frame around those problems they see as well. 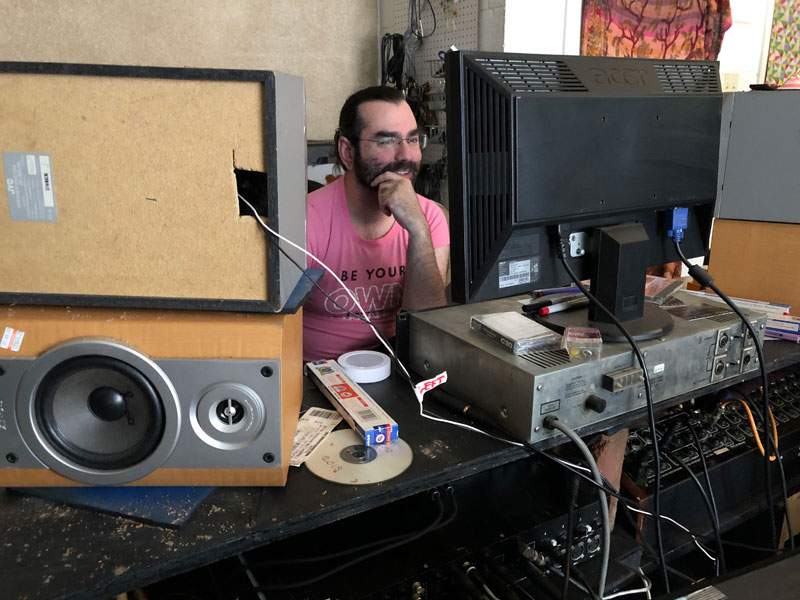 4. As a long time Richmond resident, how do you feel about the city today, versus, 10-20 years ago?
My main gripe about the Richmond music scene is the lack of all ages shows…and maybe I’m just out of the loop cuz I’m old now . . . but when I was coming up we had places like twisters running 2 shows every night and the early show was always all ages. Not only did it give all us kids something to do and look forward to, it was SUPER cultivating . . . you would walk out onto what Grace st used to look like after the show, and have to walk past all the freaky metal heads hanging out waiting for the late show…we had no idea what was going down after 10 but it was the coolest thing we could imagine. It was also impossible to leave a show with out getting at least 3 hand bills for next weeks shows.

I feel like every where (on the east coast) at least has homogenized. Richmond used to be SUPER weird. Art was still the main focus of vcu so you had all these weirdo art kids running around everywhere…it might just be my perspective but they used to seem much less pretentious and much more creative and weird.

5. As an artist, what are you looking most forward to?
As an artist I look forward to seeing folks I have worked with become more free and trusting of themselves and their skills…like yea…you’re good at what you do. Don’t hide your light kinda thing…..so I like when folks put out really good records that make me mad I wasn’t part of it….like DAMN IT THIS IS SOOOO GOOD….

6. President Trump recently declared himself as the ‘least racist person in the world’. Who would you feel would be a better contender for that title?
I think Bernie is prolly in the running for world’s least racist. Dude is woke af