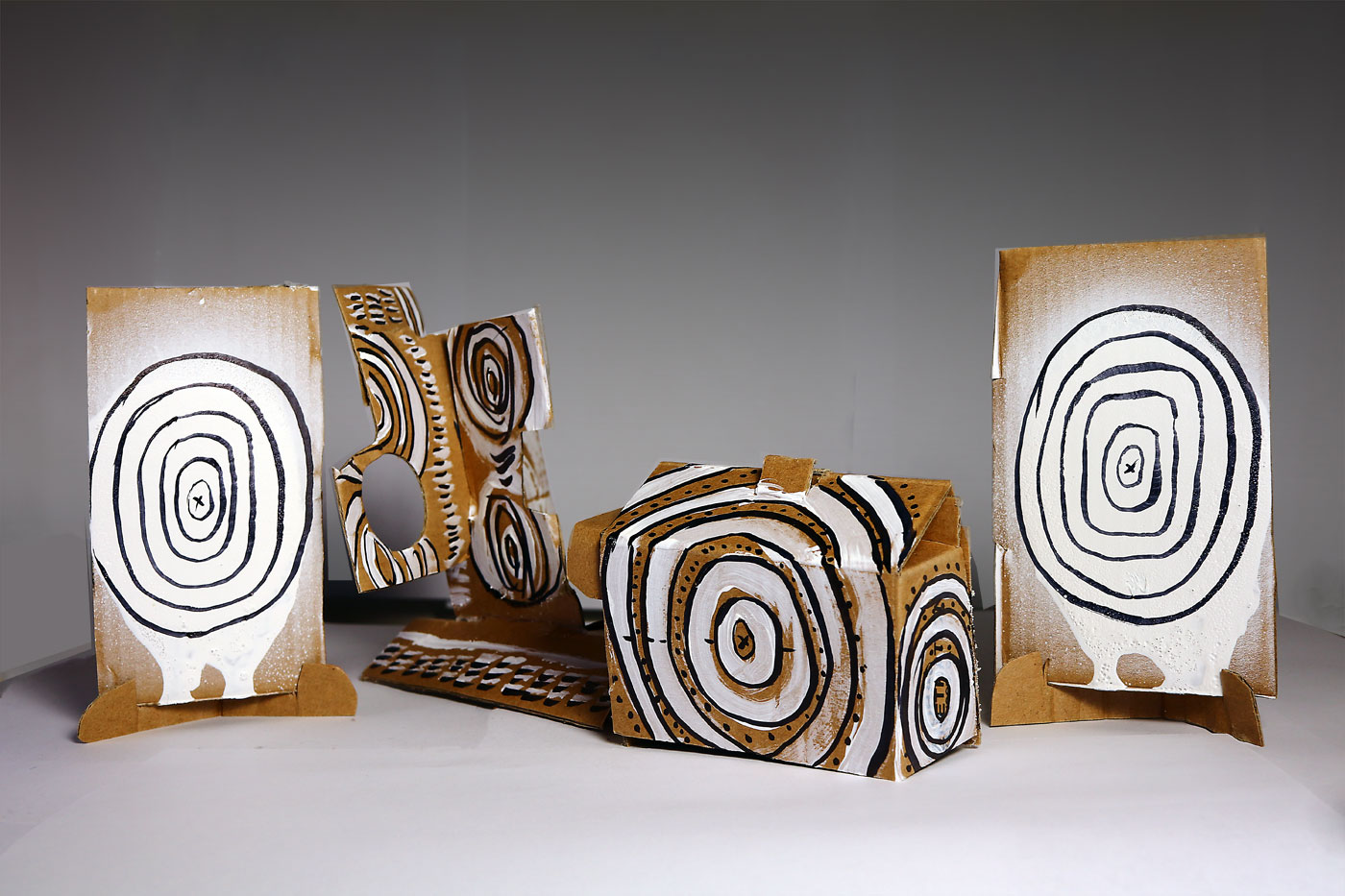 Titled ‘Identity 3.0’, the work names ‘mass shooters’ as an identity, and the accompanying text explores what exactly precedes these horrific acts.

This work is an exploration of the identity of the mass shooter. An identity gained in minutes through a selfish attempt to capitalize on the attention given to it by our society. As an identity, It is hollow. It is shallow. It is an identity gained solely though one decision: an end of life decision. It is an identity put on by society as reward for committing heinous acts. It is starfucking for the 2010s. And sadly, it is a decision for pursuit of identity that erases the possibility of actual identity for those who seek it, particularly in situations where the perpetrator is young, Instead of a meaningful identity based on years of work, interest, and passion, the individual reduces themselves to identity based on how they gave up. Which is then perpetuated when our media focuses on them as if there was much below the surface besides hatred and contempt. This piece is an attempt to put the eye to the shallowness of the meaning behind such atrocities, and to expose the identity for what I believe it is: the last efforts of those who are willing to cause suffering in vein attempt to have identity themselves.