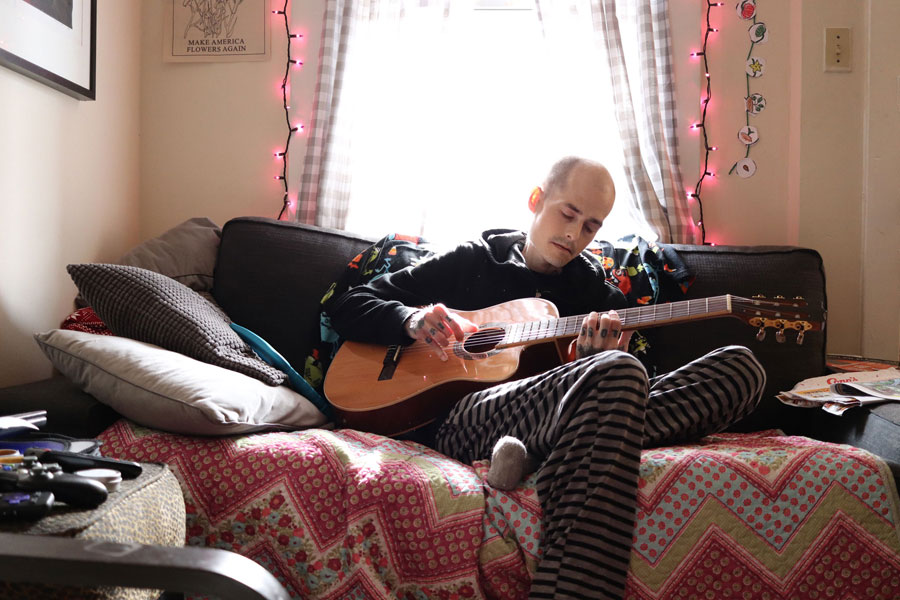 On October 25th, OVOLR! artist Gary Llama released a new single under his own name, titled ‘Breath’. We sat down with Gary (still wearing his Pajama pants) to see what he has been up to recently, and find out the backstory on this new song.

So, as we’ve seen on IG, it seems you have been dealing with some health issues lately. How is that going?

And how are things now?

– “ehhhh… I wouldn’t say better, but manageable. I have chronic issues. Some get better or worse. But there are underlying conditions that are just going to be there forever, and I’ve accepted that. Its taken work to accept that, like studying buddhism, reading shit-tons of self-help books and podcasts, but yeah… meditation, and just having a general positive outlook. Like, I’m a pretty positive person. I mean, I’m a generally depressed person, and that can turn into negativity, but I wake up positive, everyday. By four pm, thats when I’m somewhere else, if it’s gonna happen”…

You deleted your Instagram recently. Would you want to talk about that?

– “Yeah, it sounds like you think that may be related to depression. Actually not related at all. That just has to do with me being generally sensitive to how life around me is ‘ordered’. Sometimes things seem to bear something of a psychic, or… mental weight. And yeah. It helped. Had a single out in a day of deleting it. Sometimes that is necessary for work.”

Do you feel like that holds you back as an artist: Feeling this need to delete things in order to progress?

– “Def. Def. But…” (takes a pause) “…I wouldn’t be the person I am if I didnt’ have those issues. Idyosyncracies. So maybe it’s just baked into who I am as much as anything else? Like, it’s an issue, but it’s as valid to feel as a political thought or any other thing I consider to be a part of who I am. I’ve just tried to minmize how crazy I get with it. Do pre-emptive damage control. Double check myself. Allow some deletion, but not let myself get carried away.” “Cuz it does help, like I see the physical results. Maybe thats just how I have to accept I interact with social media, deleting restarting. Sorry folks!” (laughs) 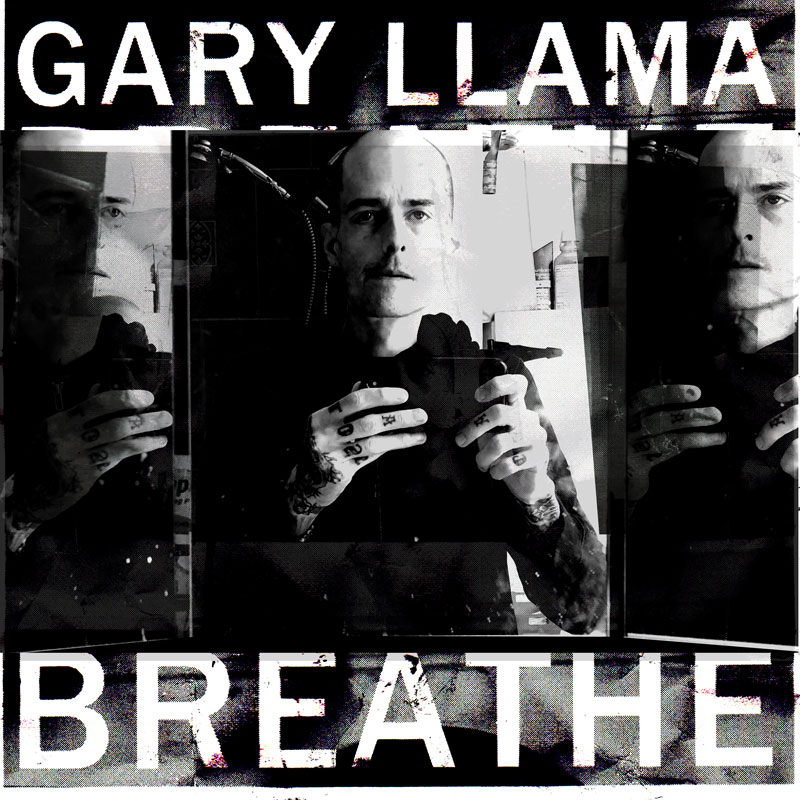 Over the weekend, you released a new single, “Breathe”, and we wanted to talk with you about that. It seems like a deep song to you. The cover features a ‘selfie’ of you. What you can tell us about the single?

(Gary pulls out phone, searches for a minute, then begins listening to the single)

“Sorry, I’m so wrapped up in the production of it, that I totally forgot what the damn thing was about. For the past few days it’s just been this thing I was mixing. Actually, its’ about my relationship to social media. Oddly. Hence the selfie. Social Media, like, an examination of it, it’s something that as a culture, we seem never to go towards exploring. Like we need a Neil Postman expose of it. Sadly, it doesn’t seem those voices are there for us right now. But yeah. It’s actually the second song I’ve written about it. The first being ‘Into The Hollow’ (From Gary’s 2016 EP, ‘New Folk’ – Ed). That song was more about just the alienation of social media. This one is more contextual, a bit more about how it fucks me up as a human, or rather, the push back, the barrier I feel with it. Or something like that. It’s hard to really explain new songs, because so much is so fresh that I overlook obvious lines, and have a hard time explaining them because, they are so obvious, so embeded in my life right now. In like, 5 years, I could give you a more accurate explanation of that the song is about. But perhaps, what I can explain right now is truer to the intent of making the song, maybe not to what actually got written. Shit, whats more important? I don’t know.” 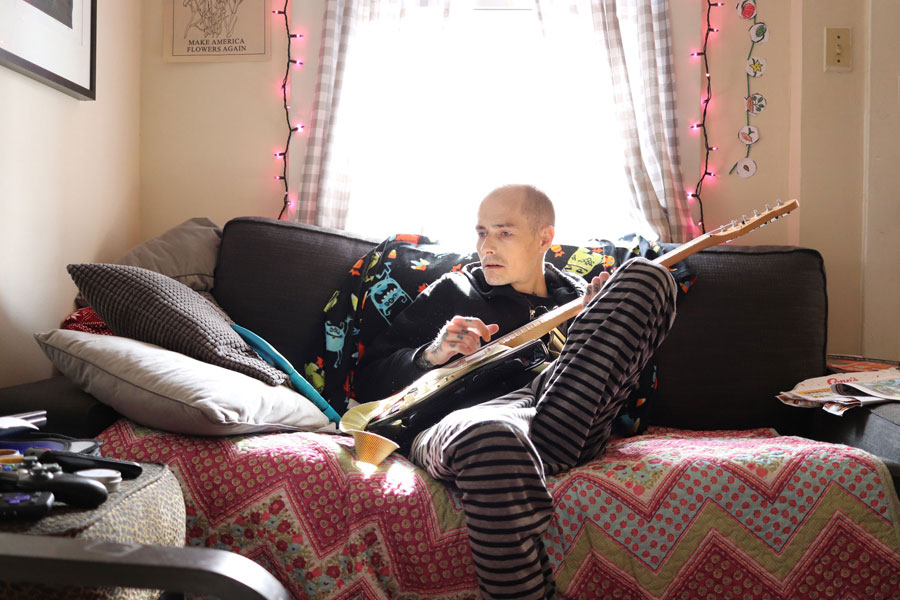 Do you feel like the Trump Presidency has contributed to mental health issues in this country?

(laughs) “I feel like like it’s contributed to everyone having to re-work everything. People always say, like, ‘if there’s an upside…’ (to Trump’s presidency -Ed) “…but I think thats kinda fucked. Cuz it minalizes the actual damage being done. Like, some first world motherfucker getting better in touch with their depression, but at the cost of the…” (flashes air quotes) “third world immigrants being actually locked the fuck up in border detention.” “But assuming that there is a realtiveness to suffering, and that it actually does change things regardless of false equivalancy, yeah, I’d say it has increased the attention around these things. Or perhaps, we pay more attention to them, because we need them, like we pay attention to water when thirsty, or we start noticing the same model of car on the road when we get a new car. For instance, a group I co-founded, Something Something Press” (Ed Note: A zine and book press focused on Radical Mental Health that Gary co-founded with his spouse in 2011) 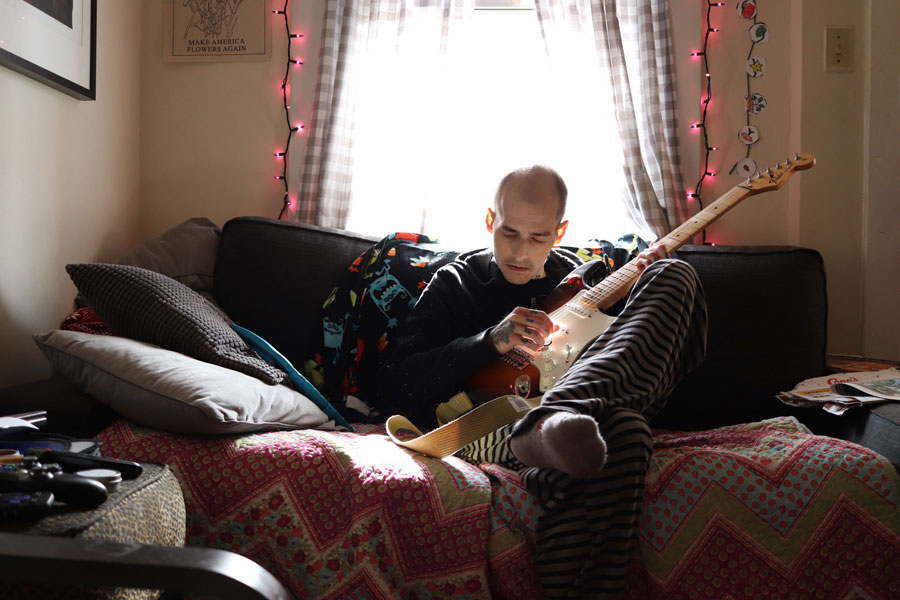 “We’ve been seeing more orders. Especially of our Coping Skills materials. People are really moving towards that type of thing. Which is good, cuz in our corner, that means they are doing positive things to help themselves, like practicing self-care. Maybe I’d be more worried if folks weren’t looking for those kind of things, cuz maybe they’d just be being crushed. Yeah… It seems like for whatever bullshit fucking Trump has brought, it’s at a time when people are coping better. Like when Bush did his shit, the wars, getting re-elected in 2004, people just got crushed. Depression was rampant. We didn’t cope. Maybe that was a lesson for this? I’m coping better now. I’m more empowered. I’m confronting it. And I think others are too. Perhaps it’s just cuz this is so fucking out there, that all you can do is fight back, wheras with Bush, it was more cloaked in normalcy, and so we just accepted the whole world felt that way or something. It’s easier to see that it’s crazy now, because well, it’s so fucking crazy…”

Be sure to check out Gary’s new single ‘Breathe’ at iTunes, Bandcamp, and Spotify (as well as many other services)