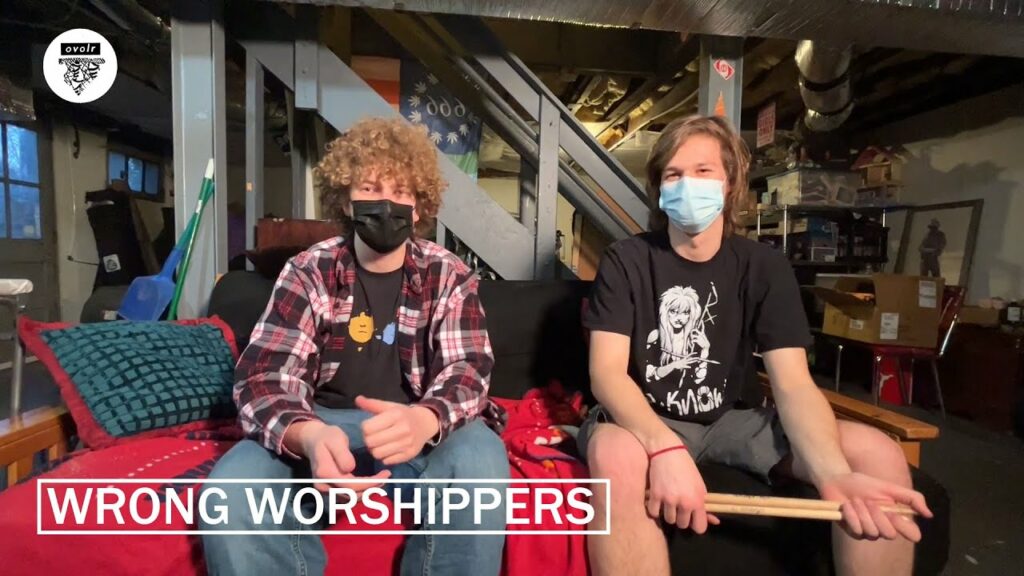 Wrong Worshipper‘s are a band that consists of two people, best friends, Nick and Milo. Having played together since a very early age (They are currently still in their teens and in High School), they formed a band out of the most reliable parts of their old bands, themselves.

Forming shortly after the US went into lockdown because of the COVID-19 pandemic, the band self-released their first album, and began playing shows around Richmond at an place they could: friends houses, neighborhood events, always excited to play. In 2022, the band recorded the EP, (not actually) Live From Hep’s Garage, and released it through OVOLR! records.