Wrong Worshippers is a bass and drums duo comprised of bassist and vocalist Nick Walker, as well as drummer and lyricist Milo McAdams. The two formed their dynamic duo after many attempts at bands with more members fizzled out. They worked very well together musically, and with inspirations like Royal Blood, Death From Above 1979, and Big Business, they knew such instrumentation was possible. In the summer of 2020, work commenced on a debut album, and with not much else to do (for obvious reasons) the music started to come together quickly. That December, the proficient pair recorded their first ten tracks. They released their debut album Negative Irrational Obsessions in August 2021. They just released an EP called “(not actually) Live from Hep’s Garage!!!!” (yes, the punctuation does matter). As of now, it is their latest project, and is on all streaming services. 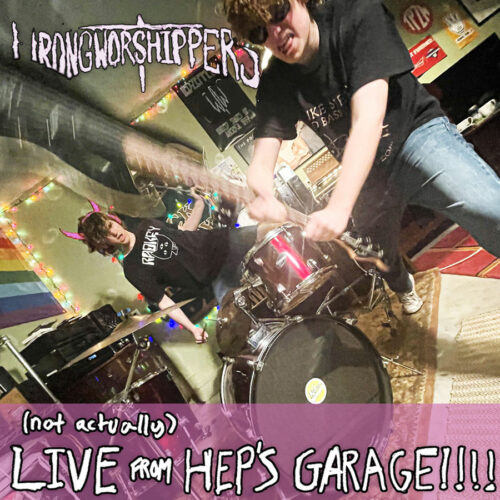