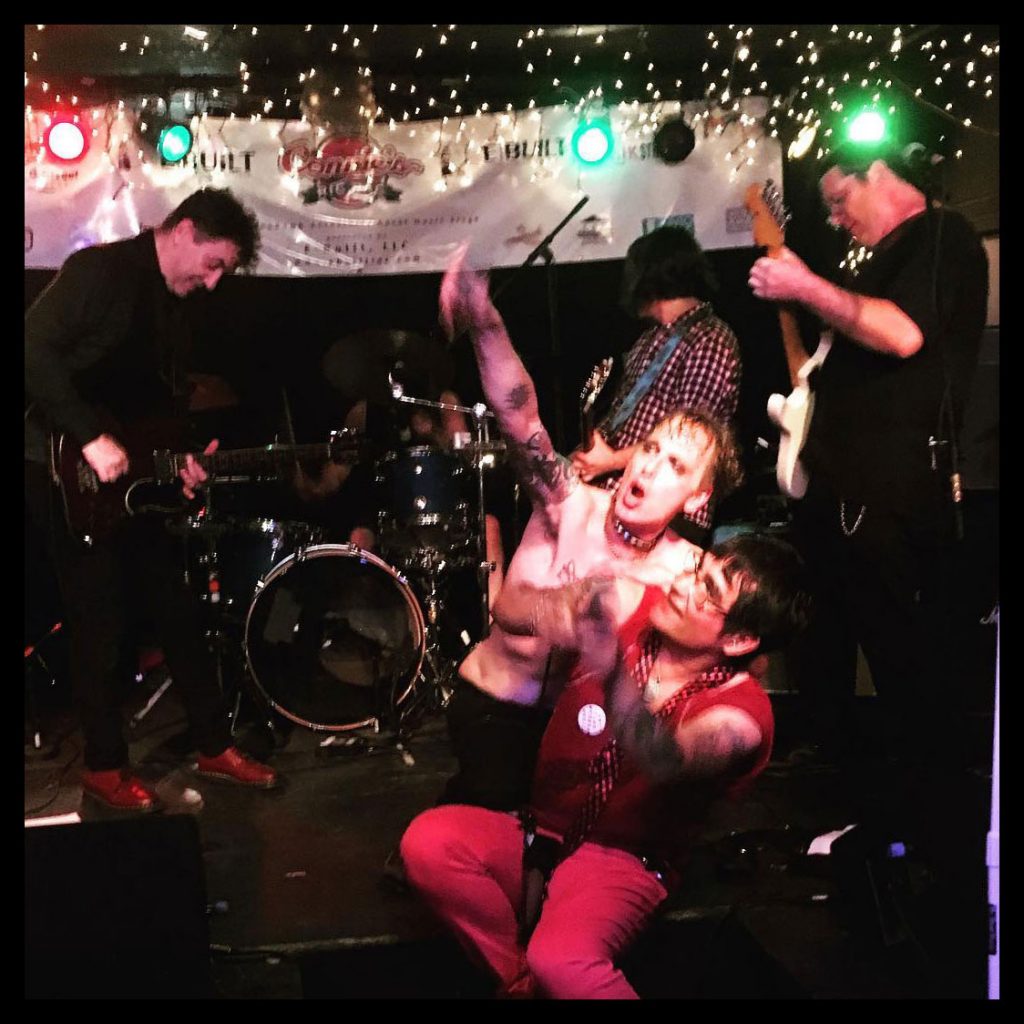 Combining the raw energy and emotional honesty of punk with the theatrical flair of glam, Helen Back and The Str8 Razors play a type of punk rock that is edgy, flamboyant, and dangerous, channeling artists of the 70s such as Eno, Thunders, and Iggy.

Hailing from Philadelphia, Pennsylvania, the bands debut release, a self-titled record, catalogs the influneces of their sound, while offering their own contributions and unique statements. With shouted songs such as ‘Celebrity Killer’, to svelte sing-alongs like ‘Brunch’, the band brings together some of the best things of punk and rock, and dispenses it with a gritty swagger.